“Glasgow belongs to me!” Ashley tightens grip on Rangers.

Gauging the reaction of Newcastle United fans to the news that club owner Mike Ashley has strengthened his grip on Rangers Football Club may not be as straightforward as initially suspected. One reason for this may be that no-one other than the often truculent Ashley appreciates what the implications may be for the club. Always tight-lipped about his intentions, it will take more than a laser-sharp financial insight to appreciate just where Ashley’s aspirations are targeted. END_OF_DOCUMENT_TOKEN_TO_BE_REPLACED

Ron Gourlay will soon be waving goodbye to Chelsea

The news that chief executive Ron Gourlay is to leave his position at Stamford Bridge to pursue other business interests seems, on the surface, to be a case of strange timing. Under Mourinho, the club now appears to be one of the prime forces in the domestic game. Couple this with a summer of acclaimed transfer business, on the back of a January window when they accumulated a reported £37million for a player who rarely started for them, plus a series of commercial agreements, and things seem to be going rather swimmingly at the Bridge. For the cognoscenti of the power relationships at the club however, the move probably came as little surprise. Whilst of course Gourlay’s term can be deemed as satisfactory, his power in recent times has been diminished by the ever-growing authority of probably the most powerful woman in the British, if not European game, Maria Granovskaia. Who? You may well ask. END_OF_DOCUMENT_TOKEN_TO_BE_REPLACED

It’s often said that lightening doesn’t strike in the same place, twice. Everton fans will however be hoping that particular maxim will be up for revision shortly. If young starlet Ross Barkley continues his impressive progress and follows former Goodison Park favourite Wayne Rooney into the superstar bracket as an outstanding English talent and stalwart of the England team, a review may be in order. They will also be hoping however that Barkley hangs around on Merseyside longer than Rooney did. END_OF_DOCUMENT_TOKEN_TO_BE_REPLACED

“For God’s sake, let us sit upon the ground

And tell sad stories of the death of kings:

How some have been depos’d, some slain in war,

Some haunted by the ghosts they have depos’d,

Some poison’d by their wives, some sleeping kill’d;

All murder’d: for within the hollow crown

That rounds the mortal temples of a king

Let us sit on the ground and tell sad tales about the death of kings.

Shakespeare places Richard II on the Welsh coast in view of a castle for this passage. It’s a speech both moribund in meaning and shot through with pathos. A king, facing a battle he cannot win, against superior arms, with only a battle-weary army, oft-broken and of now, absent. He knows his course is run, and reflects on the inevitability of his fate. But enough now of such works of literature. What relevance do they have to the world of football? Well, perhaps more than we may think.

END_OF_DOCUMENT_TOKEN_TO_BE_REPLACED

Independence is a popular cause in Catalunya.

For Real Madrid, a league without Barcelona would be akin to the position in which Celtic find themselves in Scotland. Florentino Perez famously once said that “if Barcelona didn’t exist, (Real Madrid) would have to invent them.”  Should independence movements progress in Catalunya however, it may just be a situation that Perez’s club need to address.

Across the province, there is heated debate at the moment regarding whether a referendum on independence should go ahead on 9th November. Barcelona has, over its history, often been regarded as a touchstone for Catalan independence, be it openly supporting it, or as more latterly offering more obtuse support. An example is their second strip used this season, which represents the Senyera, the flag of Catalunya. END_OF_DOCUMENT_TOKEN_TO_BE_REPLACED

Last weekend, the second most populous country on the globe was introduced to big time football as the much heralded Indian Super League finally kicked off. In the inaugural game, Atletico de Kolkata, featuring former Liverpool and Barcelona player Luis Garcia defeated Mumbai City 3-0. Quite why the home team adopted a Spanish nom de guerre isn’t quite clear, but if PR and razzamatazz are the necessary ingredients for a successful launch, the teams’ names will matter little.   END_OF_DOCUMENT_TOKEN_TO_BE_REPLACED

TPO funds – The Pay-Day Loans of the football world? 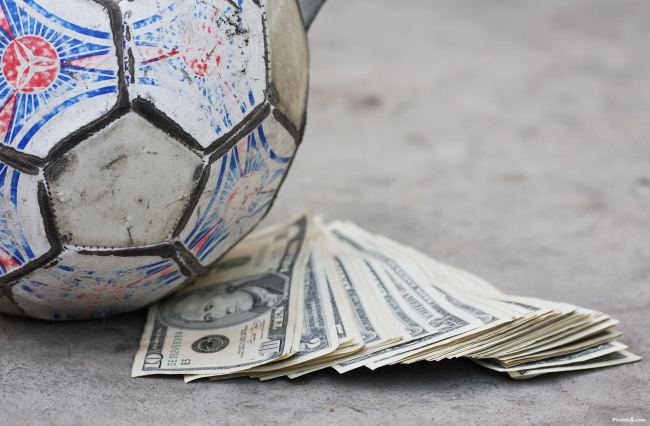 Fifa has agreed to ban the third-party ownership (TPO) of players. It’s the practise that allows clubs to buy players wherein the transfer fee is part-funded by an investment company, which then takes a share in the commercial rights of the player, with the desire for that percentage to turn a handsome profit when the player is sold on. In essence, the fund is using the club as a finishing school for a player to gain in experience and ability, thus increasing his value in the transfer market and proportionately having the same effect on their investment. Some see such practices as reasonable, others as the inevitable and insidious continuing encroachment of financial affairs into the world of football. END_OF_DOCUMENT_TOKEN_TO_BE_REPLACED

Fifteen minutes that could lead to long-lasting fame for Ian Cathro.

It’s one of those quotes with a doubtful origin that has now become part of the lexicon of everyday conversation.  “In the future, everyone will be world-famous for fifteen minutes” is widely attributed Andy Warhol. Whether the aphorism was down to the icon of pop art or not however, a fifteen minute period in the career of Scottish football coach Ian Cathro may have been the trigger to his particular rise to fame.

END_OF_DOCUMENT_TOKEN_TO_BE_REPLACED

Last weekend, led by their new manager Marcelo Bielsa, Marseille defeated St Ettienne in Le Classique to go two points clear of Bordeaux  at the head of Ligue 1 and a full five points in front of oil-rich PSG.  After two games without a win, OM have now recorded six straight victories and look a solid contender for Le Championnat.

When Pep Guardiola was considering taking up coaching, he sought out the advice of the man he described as ‘the best manager in the world.’ A man often nicknamed ‘El Loco.’ Undertaking an 11 hour journey to South America seemed very much worthwhile however, as the two men sat and talked long into the night. The apprentice was told of the effects of the job and folklore has it that he was asked “Do you really like blood that much?” It may have seemed an extreme way of warning the younger man of what lay ahead. A few years later, after three league titles, two Champions Leagues and two World Club Cups, when a drained Guardiola exited Barcelona, he understood. The wisdom was borne out. It’s somewhat ironic then that Guardiola’s last match in charge of the Blaugrana was against Athletic Bilbao, managed by El Loco himself, Marcello Bielsa.