Antonio de Oliveira Filho was born in the city of Araquara, in the São Paulo state of Brazil on 5th October 1960. His nickname, Careca, which roughly translates as ‘bald’ came to him during his childhood due to his like of the famous Brazilian clown Carequinha who, very much the same as the young boy, had a fulsome mop of black hair.

His early career was spent with local club, Guarani, whom he joined in 1978. The young striker’s pace, natural ability to score goals and uncanny knack of knowing how to be in the right place, at the right time, to finish off attacks, quickly blossomed and his first season brought him 13 goals in just 28 games. For a newcomer to the league, it was an impressive opening statement, but there was more to come. In his five years with the club, he scored more than a century of goals, and his continuing development brought him to the attention of São Paulo FC. In1983 he moved to the state capital and joined the Tricolor. END_OF_DOCUMENT_TOKEN_TO_BE_REPLACED 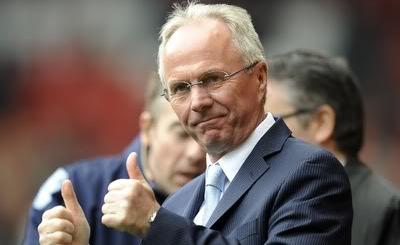 Aged just 35, to say Adam Crozier was a surprise choice to step into the role of Chief Executive at the FA would be understating the case more than a little. The former Saatchi & Saatchi executive was, however, the new broom, the fresh face, the untarnished non-old school tie appointment that the organisation needed. It was 2000, and going into the new millennium, dusty old corridors were well overdue a spring clean. In two years, Crozier shook up the Football Association in a way it hadn’t experienced throughout a history dating back to 1863 – or, for that matter, since.

The organisation’s headquarters were moved from Lancaster Gate to more modern facilities at Soho Square. The average age of staff was reduced from over 55 to just 32, the redevelopment of Wembley Stadium was progressed and the FA Council, nominally its controlling body, was reduced from 91 members, to a much more manageable 12. Without doubt though, the most revolutionary of Crozier’s achievements was to appoint the first foreign manager to head up England’s national team. In January 2001, Swedish manager Sven-Göran Eriksson was invited by Crozier to step into the hottest of managerial hot seats. The Swede accepted and the Walls of Jericho came a-tumbling down. END_OF_DOCUMENT_TOKEN_TO_BE_REPLACED

When Lyon’s six of the best wiped the floor with Ajax. 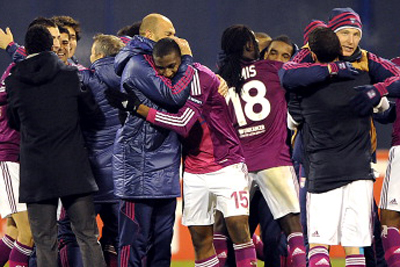 The Champions League can throw up some strange results and incredible performances, but for delivering on the unexpected, the tournament across the 2011-12 season would surely take some beating. Big clubs, flickered then failed. Others got off the floor and prospered. When the chips were down though, hardly anything seemed to go with expectations. END_OF_DOCUMENT_TOKEN_TO_BE_REPLACED 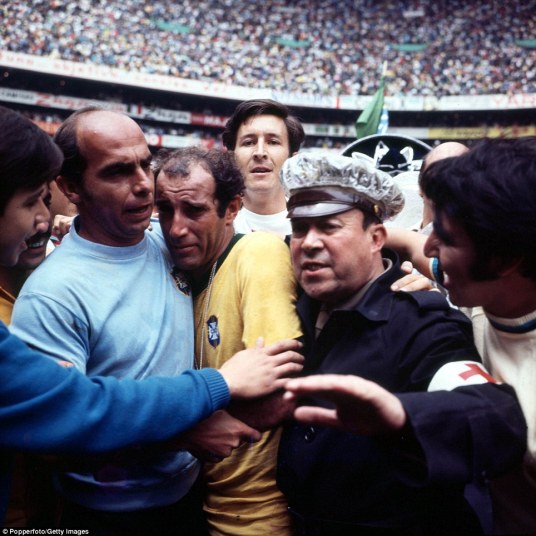 The Brazil team that lifted the 1970 World Cup has been regarded by many aficionados as perhaps the greatest collection of footballing talent assembled under national colours at a major tournament. Not only was there an abundance of star players, each capable of turning a match in favour of the Seleção with a moment of magic, but they also combined to produce outstanding team performances, sometimes subsuming individual glory for the greater good of the whole; not in any collectivist manner, but with a joy and exuberance that reasserted an affection for jogo benito. It was the sort of team that allowed all who hold a passionate affection for the ‘beautiful game’ to believe again.

Of course, there were stars. Péle is the name that always come to the fore as the first among equals when considering that particular heady vintage of Brazil’s footballing talent. Then there was Rivelinho; he of the cannonball shooting. Tostão led the line with elegance, but an almost brutal grace. This tournament also saw the arrival of Jairzinho’s burgeoning talent, and then there was the imperious captain of the ship, Carlos Alberto, who netted the signature fourth goal in the final against Italy, to usher his crew over the line to glory and eternal fame. END_OF_DOCUMENT_TOKEN_TO_BE_REPLACED