The fleeting joy of a brief revenge and the glimpse of a doomed dream.

“You have just seen the Premier League champions today!” So said Sir John Hall, purring with pleasure, speaking to a Sky Sports interviewer. It was 20th October 1996, and his Newcastle United team, under the charismatic guidance of Kevin Keegan, had just delivered the sort of spanking to Sir Alex Ferguson’s Manchester United the like of which the irascible Scot’s team were far more used to handing out rather than enduring. Geordie joy was fulsome, and they feasted on it. Sad to say though, for that passionate band of fans, it wasn’t the herald of a new dawn, it was the last flaring from the embers of a dying dream. END_OF_DOCUMENT_TOKEN_TO_BE_REPLACED

Buckets of cold water, wet pitches and floodlights – How Wolverhampton Wanderers rescued English football and forged the European Cup in the Black Country. 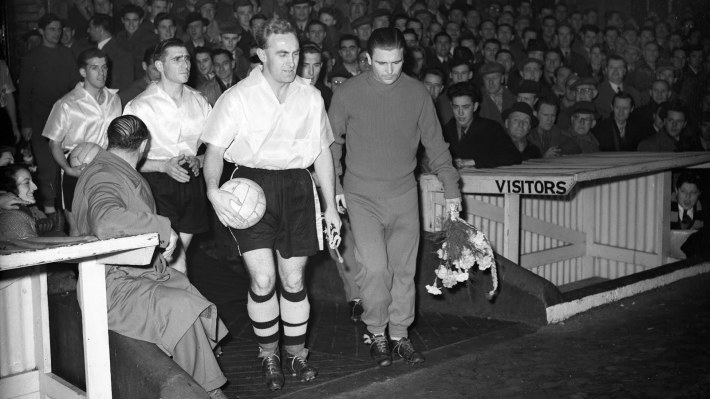 On a chastening November day at Wembley in 1953, any outdated and misguided ideas about English preeminence in the football world were cruelly banished by the cherry-shirted Magical Magyars of Hungary. Ferenc Puskas, Sandor Kocsis, Nandor Hideguti and their compatriots comprising a team that would go almost a decade with just a single defeat recorded against them – albeit in the World Cup Final of 1954 – delivered the sort of sobering wake up call akin to being doused with bucketful of cold water after a long and particularly intoxicating night on the tiles.    END_OF_DOCUMENT_TOKEN_TO_BE_REPLACED