The sad tale of Marco Branca, Boro’s all-too-brief striking hero and the legal battles that followed. 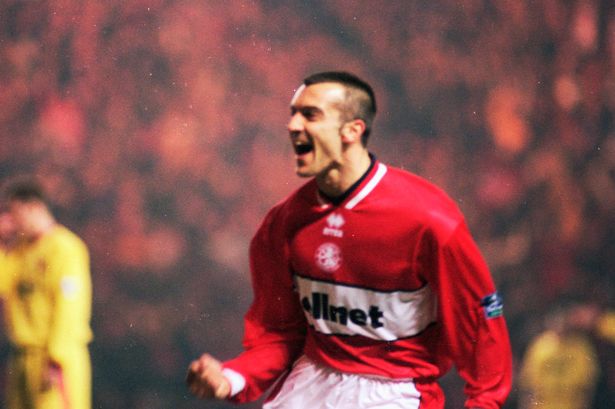 In 1998-9 season, Middlesbrough were a second-tier club. Relegation had cost them the services of such international luminaries as Ravenelli and Juninho, but the efforts of manager Bryan Robson, aided and abetted by the financial backing of Steve Gibson, would mean their absence from the Premier League was only brief. The season saw the arrival of the likes of Paul Gascoigne from Rangers, and Paul Merson moved to the North-East from North London. Also, among the arrivals, was an Italian striker whose early games with the club promised so much, before the relationship fell into discord and recrimination. END_OF_DOCUMENT_TOKEN_TO_BE_REPLACED

Millions upon millions of words have been spoken and written about the career of Paul Gascoigne; the glory and the gormless, the poetry and the prose, the joys and the tears. If one aspect of the career of Duston’s finest ever sportsman epitomises his footballing life however, it is surely the time he spent wearing his country’s national shirt. It was that most rare of occasions, when a young English footballer burst onto the world stage offering up the promise of a talent so extraordinary that it created a dream of glory, but then crashed and burnt in flames that consumed hopes and talent without mercy. There’s a phrase that’s often referred to when talk of Gascoigne and his time with England arises, so I’m going to borrow it from Gary Lineker. Let’s “have a word” about Paul Gascoigne’s time playing for England. END_OF_DOCUMENT_TOKEN_TO_BE_REPLACED

Martín Palermo – A spot (or three) of bother and more than ‘one more’ miracle.

By almost any measure you choose to evaluate a player’s worth, Martin Palermo was an exceptional striker. The Argentine played in both Spain and Argentina netting 249 goals in 592 games across a career spanning almost 19 years. Slightly worse than a goal every other game, it’s a strike rate to be proud of for someone who, for most of his career, played at the highest level. Even in his international career for La Albiceleste, at a time when his opportunities were stymied by the presence of such luminaries as Gabriel Batistuta and Hernan Crespo, he delivered a highly-creditable nine goals in 15 appearances.

For all that success though, and even taking into account the occasion when he suffered a double fracture of his left leg after a wall collapsed on him whilst celebrating a winning goal for Villareal, the thing that most football aficionados will remember about Martin Palermo is when he had a spot – or perhaps more accurately three spots – of bother in a 1999 Copa América game against Colombia. There’s more to this story than that though. END_OF_DOCUMENT_TOKEN_TO_BE_REPLACED

Any clash of cultures can be prey to disorder and dispute as two different, and sometimes diametrically opposing, views of the way things are conducted bump up against each other, with truculence and violence often the outcome. This can also be the case in sporting encounters when teams that are used to different ‘norms’ are placed on opposing sides of the same field. Whilst nowadays, the Intercontinental Cup, often now termed as the FIFA World Club Championship, is a structured, disciplined and well organised tournament, the early years of its existence were much less so, and the confrontations between Glasgow Celtic and Racing Club of Buenos Aries is very much a case in point. END_OF_DOCUMENT_TOKEN_TO_BE_REPLACED

According to the old saying, ‘there’s many a slip twixt cup and lip’ and simply transferring liquid from a vessel to your mouth can be more prone to errors than we may think. Those sorts of potential complications are like nought though, when comparing it to the perils inherent in converting an outstanding young footballer into a mature professional who delivers on the talent promised. END_OF_DOCUMENT_TOKEN_TO_BE_REPLACED

The weekend when the pendulum swung in the title race. But which way?

A long while ago, a former British prime minister once declared that “a week is a long time in politics.” Harold Wilson’s phrase was meant to encompass how the agenda and public opinion of a government can be influenced not only by the actions it takes, but also the way in which unforeseen events can sometimes change both the state of affairs, and the affairs of state. If Wilson’s description of politics is true, very much the same can probably be said for a weekend in Premier League football. 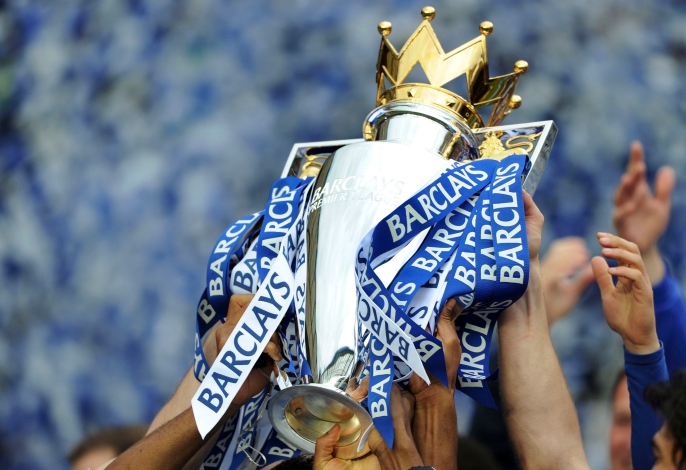 Who’ll be lifting the Premier Leaue trophy in May. Did last weekend could have decide the issue?