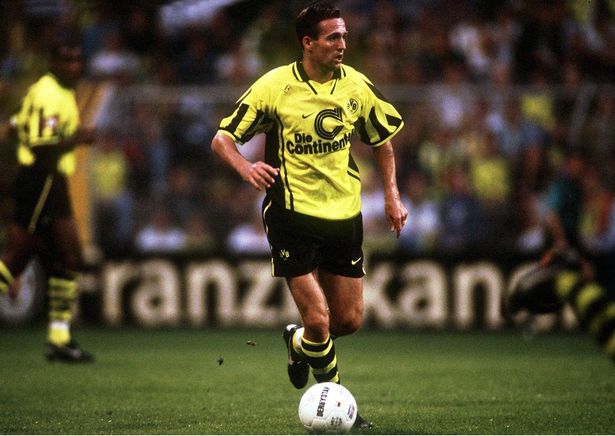 For any footballer at a mid-ranking club, bereft of the sort of the perceived talent and reputation that attract admiring clubs like moths to a light, and a defunct contract, there’s an obvious fork in the road. To the right lies the safe path. Your club wants to offer you a new deal. It’s safe. It’s guaranteed. It means you can still provide for your family. The other road – the one leading to all sorts of left field possibilities – is solely reserved for the brave, or the foolhardy. It leads to, well that’s the whole point. You simply don’t know where it leads, and if your briefly itinerant excursion into the exploration of the unknown is a dead end, there’s no guarantee that you can retrace your steps and opt for the other road afterwards.

Such a choice faced Motherwell’s Scottish midfielder Paul Lambert, at the end of the 1995-96 season. Lambert chose left path, having “…always wanted to try to play abroad.” As he later remarked, “I had nothing to lose at the time and never knew how things were going to pan out.” Sometimes the right path is the wrong path. Lambert chose left and twelve months later with a Champions League winner’s medal in his pocket after a Man of the Match performance negating the talents of Zinedine Zidane, no-one was questioning his sense of direction. END_OF_DOCUMENT_TOKEN_TO_BE_REPLACED