From World Cup glory to tabloid story. Lothar Matthaus: The man who fell to earth. 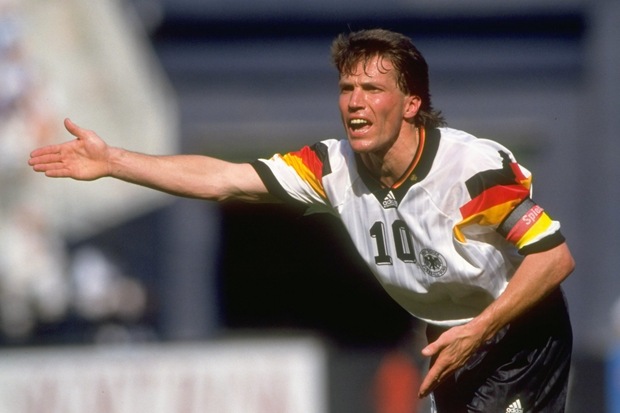 Back in January 2015, Lothar Matthäus, hero of the Italia ’90 World Cup victory, was embroiled in a bout of verbal sparring with Arsenal striker and compatriot Lukas Podolski. Speaking on German television, Matthaus remarked that “Lukas has his qualities; now he must prove them by bringing them back to the pitch. In the past we heard how he tweets more than he plays. He needs to concentrate on football.” The comments came during speculation regarding a potential move for Podolski to Inter Milan. It was advice that Podolski did not take too kindly to however. Apparently not content to leave it there however, Matthäus also took a swing at his former club, saying, “Inter is no longer the team of the past. Italy lost charm. Too many scandals, little modern infrastructure. In the 90s Inter and AC Milan have written the history of football, had players like Gullit, Van Basten, Hansi Müller and Karl-Heinz Rummenigge. Today the top players play in Spain, Germany and England, not in Italy.” The Nerazzuri tifosi must have loved that one. ‘A fanabla, Lothar!’ END_OF_DOCUMENT_TOKEN_TO_BE_REPLACED