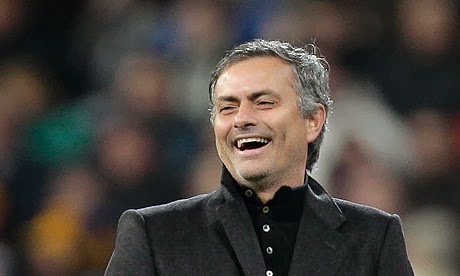 Has Mourinho won the battle of wills with del Bosque

Jose Mourinho appears to have won his battle of wills with Spain’s national team manager Vicente del Bosque over the fitness of Chelsea striker Diego Costa. The Rojas squad, announced last week for the European qualifier against Belarus and the prestigious friendly against World Champions Germany, noticeably excluded Brazilian-born Costa, and doubtless brought a smile to the Blues’ manager’s face. A long term hamstring problem, dating back to the tail end of last term’s La Liga season was hardly helped on the way to recovery by Spain’s albeit truncated participation in the World Cup. Add that to the physical rigours of the Premier League and Mourinho’s argument that a fortnight’s rest for the player, rather than playing a further two games, will be more beneficial for both club and country in bringing Costa to peak fitness, seems to gain a little credence. “I’m pleased about Diego [Costa], but I did nothing to make this happen,” Mourinho said at a press conference before the weekend. The decision however did not extend to Mourinho resting the striker against Liverpool, and when he netted the winner, it seemed that the Chelsea boss had won from every angle. END_OF_DOCUMENT_TOKEN_TO_BE_REPLACED