With these gloves, you can walk through mirrors. 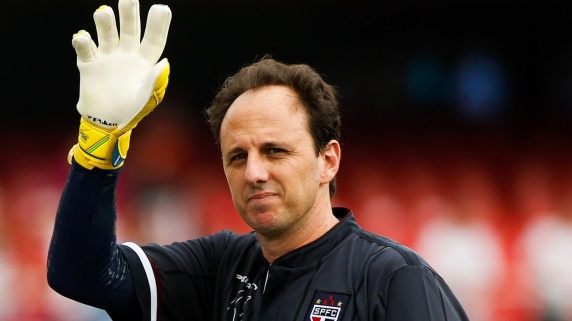 On 20th August 2006, in a match against Cruzeiro, São Paulo goalkeeper Rogério Ceni saved a penalty. A feat worthy of mention in the context of most games of course, but perhaps not much beyond that. A few minutes later however, Ceni was called forward from his sentinel position between the sticks to take on a free-kick at the other end of the park. He scored. Now it all begins to sound a little unusual. Add on top of it that, later in the game, Ceni also took and concerted a penalty to draw his team level with their opponents and it all gets a bit special. Now, consider that the penalty was Ceni’s 64th goal for his club, surpassing by two, the exploits of legendary Paraguayan goalkeeper, José Luis Chilavert and you realise there’s more than a bit of a story relating to the career and exploits of Rogério Ceni – goalkeeper and goal-scorer. END_OF_DOCUMENT_TOKEN_TO_BE_REPLACED