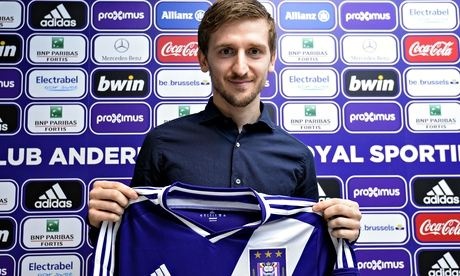 Once described as a ‘hot shot’ forward, and a player that both Manchester United and Arsenal were likely to battle over in a £15million bidding war, Serbian-born Germany international Marko Marin, eventually decided to  join Chelsea instead. To say it was a move that hasn’t quite worked out well would, however, be an understatement. As the winger joins his third club on loan from Stamford Bridge, his appearances for the Blues remain stuck at a paltry half-dozen, without much prospect of that changing any time soon. A loan move to Anderlecht has now been announced.

Marin moved to Stamford Bridge in 2012, as a 23 year-old, but by the time the deal was done, the fee of a reported £6.5million was much less than the hypedup figures that had been bandied around. With a mere 12 months or so remaining on his contract four-year with Bundesliga club Borussia Mönchengladbach however, that’s hardly surprising. It was clearly a big step for Marin, but at the time he appeared to be both excited and confident at the prospect of playing in the Premier League. “I had a really good time with Werder together with many great guys here, and I have lots of nice memories,” he is quoted as saying.  “But I am looking forward to the challenge of playing in the Premier League with such an established club.” It’s not difficult to see why. Although the deal was agreed in April, it did not become effective until the summer of that year, by which time the Blues had been crowned as Champions of Europe.

Marin’s aspirations certainly did not seem unreasonable at the time. After being capped by Germany at every level from U16 to full international, there was a solid chunk of pedigree to him. As the Blues began the 2012-13 season however, it quickly became clear that Marin had not figured too highly in the planning of di Matteo, and if he had been harbouring thoughts of better things ahead when Rafa Benitez became the club’s Interim manager in November 2012, he was to be disappointed. For all concerned, it seemed a loan move served the best interests of all parties. 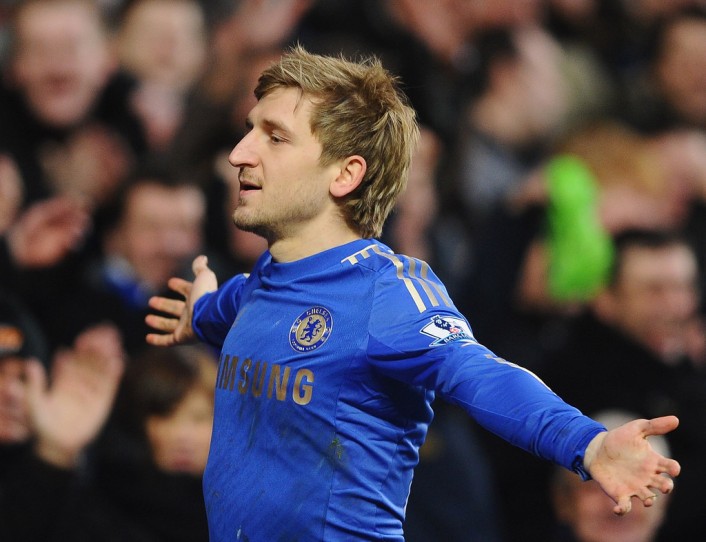 Marin celebrates his one and only goal for Chelsea.

As is the case with many top clubs across Europe, it’s difficult to discern who the driving force behind the deal to take Marin to Stamford Bridge was. Roberto di Matteo had been in post a short time, following the removal of Andre Villas-Boas, but it’s thought that much of the transfer deals were conducted by the club’s Technical Director, Michael Emanalo. Whatever the truth of it, Marin was not destined for a long run in the team, and after only six games and a single goal, he was loaned out to Spanish La Liga club, Sevilla in 2013. There then followed periods in Serie A with Fiorentina, and now to Belgium’s Pro League with Anderlecht.

The Belgian club certainly appear to be making all the right noises. “RSC Anderlecht goes for quality and not quantity,” declared the club’s general manager Herman Van Holsbeeck, going on to add, “The arrival of Marko Marin is a win-win situation for both parties. Here he can play at the highest level and help the purple and white achieve its ambitions.” After a barren spell in italy, Marin will doubtlessly be hoping that turns out ot be the case.

Whilst the lure of the Abramovich money must have been attractive when he decided to join the club on a five-year contract, it’s interesting to wonder whether Marin would have made the decision if he had known that by early 2015, he would only have made 24 league appearances. To add to his six with Chelsea, he appeared 18 times for Sevilla, and failed to play a single league game during his time with the the Viola in Serie A. Doubtless, he’ll be hoping that Anderlecht’s shade of purple brings him better fortune.

(This All Blue Daze article was originally produced for the  ‘offsiderulepodcast’ website).