Jose, we need to talk about Kevin. 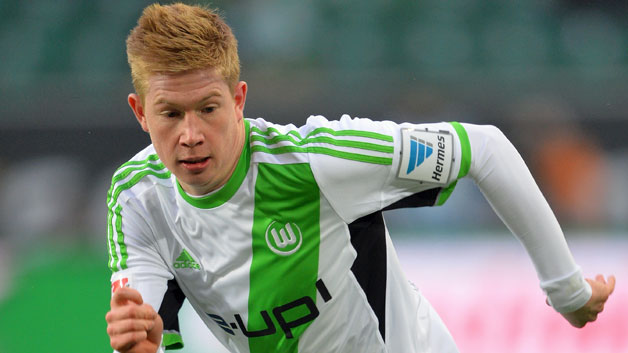 Discarded by Mourinho, de Bruyne is carving out a growing reputation for himself with Wolfsburg.

Jose Mourinho’s rampant Chelsea squad top the Premier League with a number of opposition managers already apparently prepared to write off the title race with less than a dozen games played. Whether that’s more than a mite premature is something that will be revealed over time. For Blues’ fans however, it seems the ‘Special One’ can do no wrong. The summer transfer market saw the arrival of Diego Costa and Cesc Fabregas, already two stellar names in the club’s performance to date, plus the redoubtable tyro goalkeeper Thibaut Courtois and Brazilian Felipe Luis who is already offering genuine competition to Cesar Azpilicueta on the left flank of Chelsea’s defence. Add this to big money sales of David Luiz and Romelu Lukaku that balanced the books with an eye to FFP, and it’s bordering on genius dealings. Back in January however, Mourinho countenanced the sale of player who, current statistics reveal, is at the top of the creativity stakes in European football.

Everyone can be wise after the event of course, but back In January, accepting a £18million bid from Bundesliga outfit Wolfsburg for Belgian wide player Kevin de Bruyne appeared eminently sound business. The player had after all cost a mere £7million when Chelsea secured is services from Genk.   Although now distant from the blandishments and promptings of Mourinho, de Bruyne has however had an exceptional start to the season, and currently is the main reason why unfancied Wolfsburg are tucked nicely into second place in the Bundesliga, behind perennial champions Bayern Munich.

The 23 year old again led his team to victory last weekend creating both goals in Wolfsburg’s 2-0 victory over Hamburg. The double brought his total for the season to nine, making him the continent’s highest ranked creative layer alongside Mourinho’s Cesc Fabregas. The former Arsenal star has rightly been lauded for his performances to date, and is an early contender for Footballer of the Year. With de Bruyne over in Germany however, his exploits have largely gone under the radar in England. His nine assists however, alongside Fabregas lifts him above such luminaries as Messi, Kroos, di Maria and Isco, whilst Cristiano Ronaldo has accumulated only slightly more half of de Bruyne’s total. So if the player had such potential, why did Mourinho allow him to leave?

The Belgian international himself offers a hint to the answer when he reveals how he had “lost his joy” at Stamford Bridge. When the Portuguese packed him off to Germany in exchange for a profit, de Bruyne had started a mere five league games for the Blues and a career in west London that had begun with such promise the August before, had now turned to disillusion and disappointment. 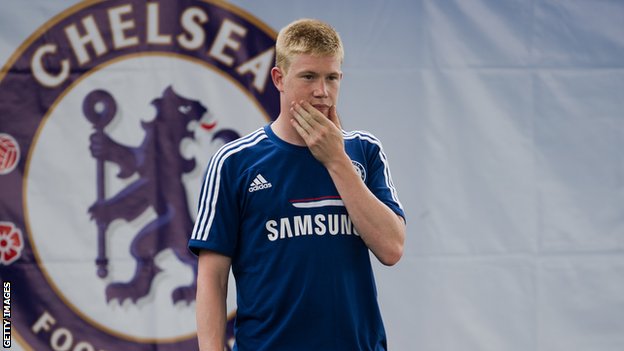 Did de Bruyne get a fair chance with Chlesea?

Quoted in Belgian newspaper Het Laatste Nieuws, de Bruyne relates how the dream of Premier League fame fell apart. “My pre-season was good,” he said. ”My first game too, but I still don’t know why I lost my place after the game against Manchester United.” Things continued to go downhill, and during a press conference in Bucharest, ahead of a Champions League game, the manager was asked about de Bruyne. In characteristically brusque reply, Mourinho said “With Kevin, I didn’t like the match he played against Swindon [in the Capital One Cup], and I didn’t like the way he was training” before standing up, waving and walking out of the room. Clearly Mourinho was not ready to talk about Kevin at that stage. Picking up the story, de Bruyne says “He has never told me: ‘Kevin, you don’t train well.’”

He goes on to say that “It’s a pity he told a press conference that I wasn’t doing well on the training pitch. That’s not me. I’m always a player who gives the full 100 per cent in training. Those remarks created a wrong image.” Clearly disappointed with the manager’s approach, he added “At the end of December I had a chat with Mourinho. He told me things about competition, training hard and there’s always a chance that you will play. And he also told me he wasn’t keen to let me go, even on loan, saying: ‘You’re a good player.’ But what could I do more?”

That said, de Bruyne claims he still tried to convince the manager of his worth to the team. “After the press conference in Bucharest I even started training harder, even on my days off. I lost three kilos and two percent fat – although we could get everything at the club: coke, chocolate. My situation has never changed. That’s why I asked him in a friendly way: ‘please let me go.’” He got his wish with the move to the Bundesliga where he had also previously shone during al loan period with Werder Bremen. At Wolfsburg though, he has now stepped up on that level of performance.

So, did Mourinho make a mistake letting de Bruyne go? Maybe not. It would be an entirely reasonable argument for Mourinho to say that he has a full quota of midfield players that fit his style of play, and the money for de Bruyne was too good to refuse, especially with the FFP strictures now biting. It could also be argued that the less frenetic pace of German football is more suited to de Bruyne’s style. It may also be that Mouringho would not even seek to defend his decision. With past character in mind, I guess that’s the more likely scenario. Nevertheless, it would be interesting to talk with him about Kevin.