Moyes seeking redemption amongst the Basques.

Moyes is to take over at the Estadio Anoeta.

Sir Alex Ferguson was always fond of saying that whenever anyone leaves Manchester United, inevitably it was a step down, regardless of whichever club they went to. Real Madrid, among a couple of others may dispute such an assertion, especially of late, but for David Moyes, taking a step back to reignite his managerial career after his traumatic time in the Old Trafford hot seat was probably inevitable. That he has landed at the Estadio Anoeta to take charge of Real Sociedad, a club often compared in stature to Moyes’ previous employer at Goodison Park, at least shows that the Scot retains a hunger to prove himself in the managerial game.

Just over a year ago, Moyes, together with his then Manchester United charges returned from San Sebastien following a fairly satisfying 0-0 draw against his new employers in a Champions League encounter and could hardly have envisaged the turmoil and dismissal that was to follow. With an 18 month contract now is place with the Basque club however, he faces the task of rebuilding both a career and a reputation seriously damaged by the doomed attempt to take over the driving seat at Old Trafford from Sir Alex Ferguson.

Before accepting the post at the Estadio Anoeta, Moyes deployed the sort of cautious approach that often fed the criticism of his time at Old Trafford. Talks between manager and club had been going on for some time, and whilst it seemed the Scot was always the favoured choice – the club president, Jokin Asperribay being acutely aware of Moyes’ record at Everton – a seeming lack of conviction encouraged the club to also line up former West Bromwich Albion boss Pepe Mel as a fallback should any agreement fail to materialise. Indeed, at one stage, it seemed that Moyes had finally decided against taking on the challenge, and Mel was widely expected to benefit.

Just ahead of Sociedad’s game against La Liga champions Atletico Madrid however, Asperribay told a reporter from Canal Plus, who were broadcasting the game, that he intended to announce his new manager the following day. It was a narrow squeak, but just before the witching hour the statement was made. 24 hours after they had defeated Diego Simeone’s La Liga champions to record only their second win of the season – astonishingly, the other was against Real Madrid – the club announced that David Moyes would be arriving to take the manager’s chair. 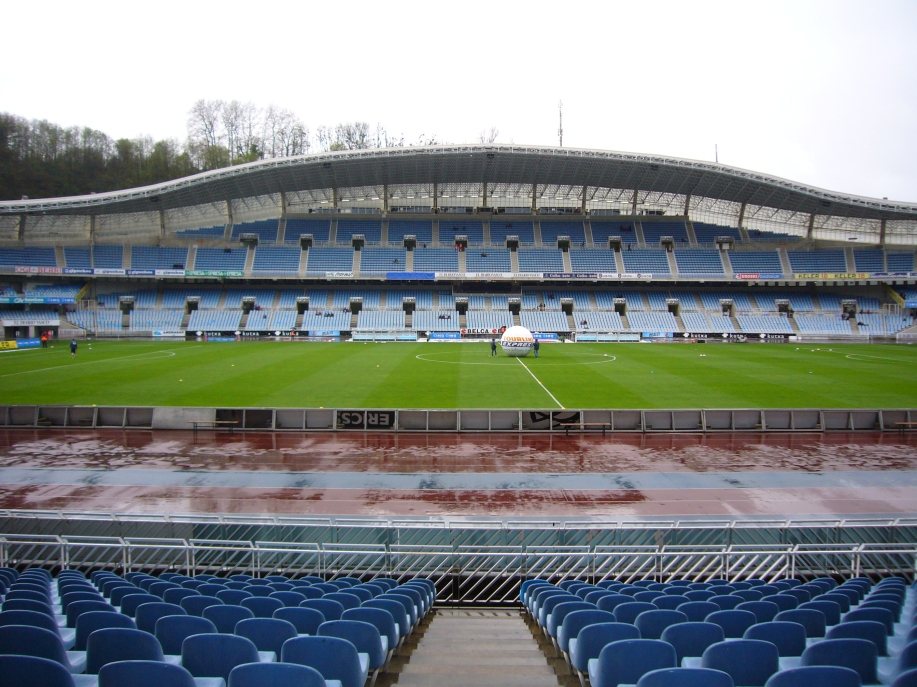 The task facing Moyes is not an enviable one. The victory over Atleti saw Sociedad climb four places in the league, but this still left them perilously close to the relegation role, and it will be a high priority on the ‘To Do’ list handed to Moyes to ensure the club climbs back to its more habitual mid-table position. Victories against the two ‘Madrid’ teams would suggest that this should hardly be a difficult aspiration, but the fact that they were the only two victories in 11 league games to date paints an entirely different story.

Moyes’ ability to reshape the playing squad will be hampered by the inevitable lack of funds that perennial ‘selling clubs’ such as Sociedad has come to resemble, suffer from. Last summer they lost the outstanding goalkeeper Claudio Bravo to Barcelona, the virtually untapped potential of Frenchman Antoine Griezmann to Atleti and Asier Illarramendi to Real Madrid. None of these deals were by choice of course, but when big clubs come knocking, players want to fulfil their ambitions – plus of course the club needs the income to stay afloat. It’s a song that Moyes will have been used to hearing whilst in his time at Goodison Park.

All is not doom and gloom however, and Sociedad remain a force within the Spanish game. Victories over Real Madrid and Atleti bear testament to that, and moving to a club that resembles Everton in a number of ways can only help the settling in period. Much as with the Goodison Park club, Sociedad are a northern provincial team, although San Sebastien may claim to have a few advantages over Liverpool, if only for Basque pride. The club also has the reputation for being a stable and orderly run club, with financial security high on the board’s agenda. They do additionally play in blue and white and coincidentally, their last major triumph, a Spanish Cup success, came in 1987, the same year as Everton won the league title.

Recently however, performances have been below par. Before the weekend, they were mired in the relegation zone. Last season’s manager, Philippe Montanier, who took the club to a respectable seventh place in La Liga, has now decamped to his native France with Rennes, leaving his erstwhile deputy to take over the reigns. Unfortunately, Jagoba Arraste has proven to be well shy of the required standard, and his dismissal was of no surprise to anyone. Some have described the situation as a talented team being uninspired by as manager out of his depth,

An improvement should, therefore be well within the scope of an experienced manager such as Moyes. There is no pioneering ground to break either as bering a foreign manager. The Estadio Anoeta has already had seen Chris Coleman and John Toshack – on three separate occasions – take up the managerial control there. It can even be taken back some 80 years or so, when Englishman Harry Lowe managed the club for five seasons. Coleman has even commented that “If I spoke to David I would say: ‘Take the job. It’s a great club and a great city, a football city, with great fans.”

Even though a number of star players have been sold, the squad left is not without talent. Inigo Martínez and Vela, the former Arsenal striker are just two examples. the fact that, unlike local rivals Athletic Bilbao, the club are no longer hamstrung by the self-imposed limitation of only signing Basque will assist in any rebuilding plans Moyes may have. Once the signing of John Adridge from Liverpool back in 1989 proved to be a storming success with the Ian Rush lookalike netting goals as he had done all of his career, the barriers came down, and Dalian Atkinson followed the year after. Now, Moyes, another ex-Liverpool resident will reap the advantage of Aldridge’s epoch-breaking move.

Should Moyes’ Spanish sojourn prove reasonably successful, the jury will still be out on the Scot until he returns to the Premier League and achieves the sort of success that will wipe away the bad taste of his time at Old Trafford. It’s a path already trodden by managers such as Steve McLaren, and Moyes will looking to see his 18 months out in Spain before deciding on his next step to redemption. In the interim, Real Sociedad will provide an ideal opportunity for renewal and recovery. Bring a trophy back to the Basques however, and who knows, Moyes may feel that the he has nothing to prove to anybody back in England, and that the Spanish climate is very much to his liking.