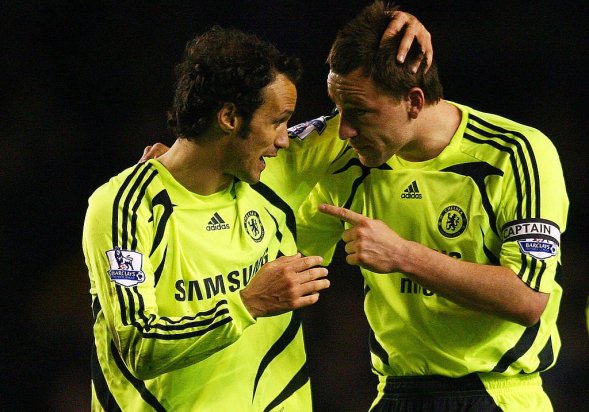 Sometimes, it can be difficult to definitively measure the effect of a partnership. For example, not many would demur from the opinion that Patrick Viera and Emmanuel Petit were important to the success of the Arsenal team of that era, but just how important? Bergkamp, Henry, Seaman, Dixon and Adams were also major cogs in the machine that helped to make the team work efficiently. What about Roy Keane and Paul Scholes of Manchester United of broadly the same era?  Did they contribute more to the success of the team than, say, Ronaldo, Rooney, Giggs or Beckham?

Looking at partnerships in some areas of football and evaluating their importance can be a little tricky. At the sharp end of things, both in scoring goals and keeping them out though, there are a plethora of numbers to define things. This is certainly the case with the pair being celebrated here. The rock-hard centre of Jose Mourinho’s first double-title winning Chelsea team – John Terry & Ricardo Carvalho. END_OF_DOCUMENT_TOKEN_TO_BE_REPLACED