Any footballer’s career can have many peaks and troughs, almost regardless of the level at which they play. Games won or lost. Goals scored or conceded. Moments of exaltation mixing freely with others spent in sad reflection of errors made or chances missed can be a toxic and highly volatile cocktail. It’s rarely the case however that the absolute zenith and nadir of a career can occur at almost one and the same time. For Agostino Di Bartolomei, captain of AS Roma at the time, some would argue that is precisely what happened on the penultimate day of May 1984, when his club faced Liverpool in the European Cup Final staged at Rome’s Stadio Olimpico. END_OF_DOCUMENT_TOKEN_TO_BE_REPLACED 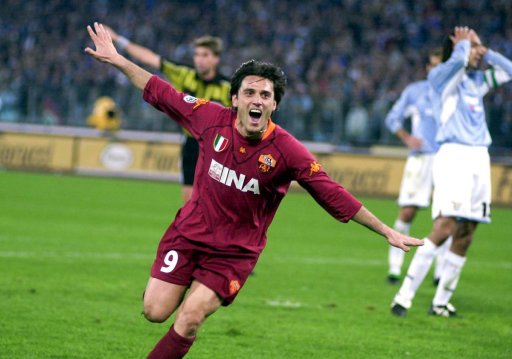 Born in Pomigliano d’Arco in the Naples province of Italy in June 1974, Vincenzo Montella always dreamt of being a professional footballer, of playing in Serie A. Although during his childhood days, a natural shortness of stature often saw him relegated to the role of goalkeeper, he would mature into the rapacious predator type of forward esteemed by Italian football fans, and a legend for the tifosi of Roma’s Curva Sud in the Stadio Olimpico. In his time with I Giallorossi, Montella would score just short of a century of goals, and each would be marked with his trademark celebration, arms stretched wide, mimicking an aeroplane.  The fans celebrated once more as their joy took flight, thanks to their ‘little airplane.’ END_OF_DOCUMENT_TOKEN_TO_BE_REPLACED