Diamonds may be for ever, but Jewell only lasts a week at The Hawthorns. 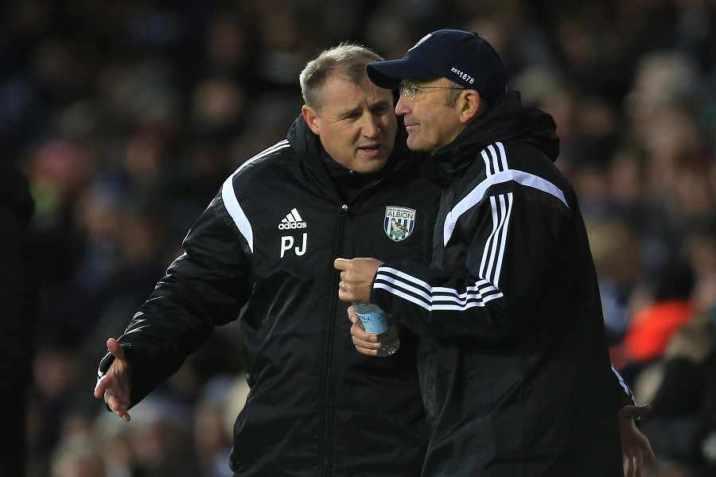 Pulis and Jewell in tandem at The Hawthorns. Blink and you’d have missed it though!

When West Bromwich Albion dispensed with the services of Alan Irvine, just before the turn of the year, they wasted precious little time in appointing Tony Pulis as their new manager. The former Stoke City and Crystal Palace boss was bound to be in demand about this time of the season as chairmen of struggling sides sought salvation with the man who transformed Palace’s fortunes last season. If, after two successive victories under Pulis however, Baggies fans thought that all would be sweetness and light under the new regime, the rapid exit of Paul Jewell from Pulis’s entourage will have quickly disavowed them of such a belief.