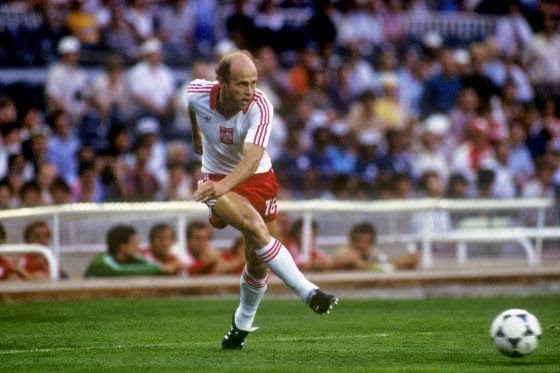 Although the 1974 World Cup will be remembered for West Germany lifting the trophy that anointed them champions of the world, it also marked the explosion into international consciousness of two teams, each who may have claims to being better than the tournament’s eventual winners and, who on another day could have reasonably expected to overcome the tournament hosts. Each also had an outstanding star player who many would consider the outstanding player of the tournament.

In the final, the Germans defeated the Dutch team of Cruyff and Michaels’ totaal voetbal in a game that looked destined to go the way of The Netherlands after an early goal had put the Oranje ahead, but as they spent time admiring themselves in the mirror, they got lost in their own swagger, whilst Helmut Schön’s team equalised and then snaffled the trophy away.

The other team possessing that authentic look of potential world beaters also lost to the Germans. They succumbed in the game that took the hosts into that Munich final against the Dutch. Although the denouement of a second group stage rather than a semi-final per se, the 1-0 German victory had a similar effect. The team they had vanquished was Poland, who had amongst their number the player who would be the tournament’s top scorer, and winner of the Golden Boot. If some would consider the fame duly accorded to the cult of the Dutch entirely worthy, the success of the Poles was perhaps much less celebrated. END_OF_DOCUMENT_TOKEN_TO_BE_REPLACED

The Never, Never Land of The Netherlands at the World Cup. 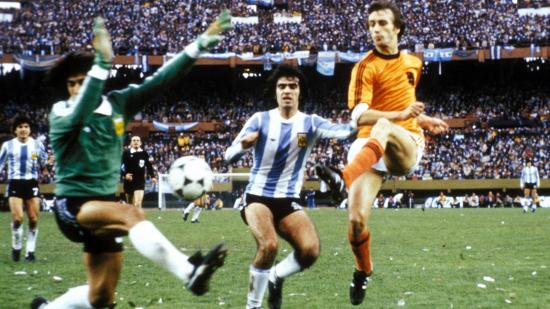 There’s a poignant inevitability about the fate of the Dutch national team in the World Cups played out in 1974 and 1978. Scornful of victory, embracing the creation and innovation rather than the denouement. Movement, flow and fluidity marked their way. Two losing finals; contrasting in so many ways, and yet so very similar in that both ultimately ended in shattering defeats by the tournament hosts. On the road, but not arriving. Bridesmaids donned in orange.

Widely touted as potential winners in 1974, but falling at the final hurdle despite having taken the lead when, perhaps an inherent arrogance surpassed their intoxicatingly tantalising skills. West Germany took advantage of the hubris and lifted the trophy. The Dutch shuffled away, not licking their wounds, but contemplating what might have been; off-shade tangerine dreamers. END_OF_DOCUMENT_TOKEN_TO_BE_REPLACED

The 1974 World Cup and the missing piece in Holland’s almost ‘totaalvoetbal.’ 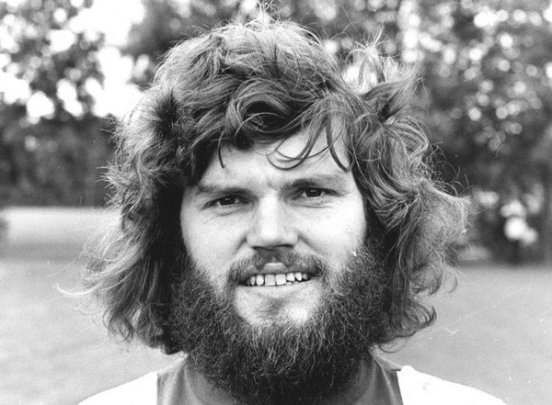 The Olympiastdion in Munich on 7th July 1974. On a seasonably warm Bavarian afternoon, the coronation of Holland’s ‘Oranje’ was expected. Rinus Michel’s team had scorched the the pitches of West Germany with the vivid bright flame of their football. The ‘Cruyff turn’ had been born when Sweden’s Olssen, bamboozled by the Dutchman’s manoeuvre not only had to buy a ticket to get back into the stadium, he also needed a taxi to get back there, so far had he been sent the wrong way. A Brazil squad, shorn of Pele for the first time in a generation had eschewed their ‘jogo bonita’ for a style some called pragmatic, others called brutal. In a beauty and the beast contest however, the Dutch had eliminated the reigning champions. Whilst the Dutch masters created flowing football with the panache of an artist, the Brazilians were cutlass-wielding barbarians in comparison. Wherever they were when they saw the performance, the souls of the ‘Pearl,’ Gerson and Tostao would surely have been uneasy. END_OF_DOCUMENT_TOKEN_TO_BE_REPLACED