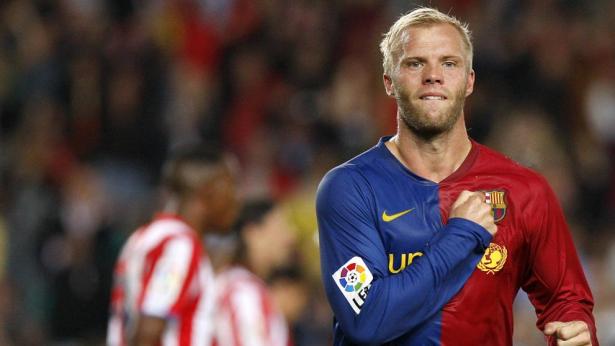 It’s 24 April 1996 and Iceland are playing Estonia in Tallinn. Starring for the visitors is 34-year-old Arnór Guðjohnsen, one of the country’s top strikers who would net 17 times for his country in his career. Sitting on the substitute’s bench is Arnór’s 17-year-old son, Eiður. Rumour had it that, assuming the score line allowed such courtesies, the youngster would be brought on towards the end of the game and play alongside his father. Fate took a cruel hand though and an injury to the father was in fact the gateway to the teenager entering play. The sentimental gesture was abandoned, postponed for another time. END_OF_DOCUMENT_TOKEN_TO_BE_REPLACED