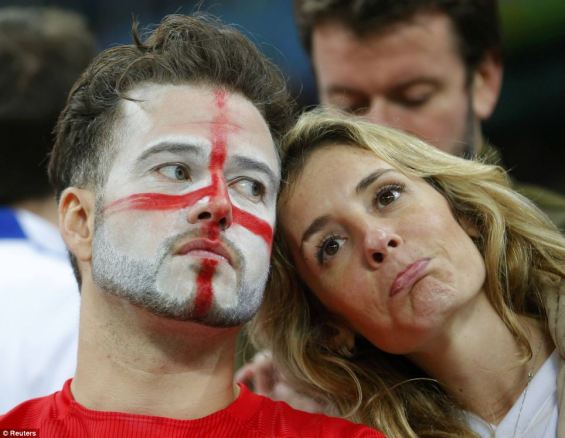 England were champions of the world in 1966, crowned on Wembley’s verdant surface. Geoff Hurst’s prile and a strike from Martin Peters were the keys to the door. Bobby Moore collected the Jules Rimet Trophy, and the world acknowledged that the Three Lions were top of the footballing tree. We all celebrated. It had taken a while to get there, but we’d shrugged off those defeats to Hungary – surely just a bad memory now. Hadn’t been afraid of Brazil. Tamed the Argentine animals, kept Eusebio in check and beat West Germany twice according to Sir Alf. No-one was going to knock us off our perch!

Four years later, we blamed the heat of a Mexican sun and the fact that Sir Alf Ramsey had substituted Bobby Charlton too early/too late (delete as applicable). A goodly chunk of blame was also dumped on the luckless Peter Bonetti as a dastardly dose of diarrhoea had deprived us of the services of Gordon Banks. Still, a narrow defeat to Brazil, and remember that chance where Jeff Astle could so easily have equalised, before losing to West Germany in extra-time, hadn’t been that bad a defence of the title.

Look, no European team had ever triumphed in a World Cup Finals in South, or Central, America, so come on now, let’s be reasonable. The next competition would be in West Germany in 1974. A climate much more to our liking meant every possibility of climbing back to the top of tree. Yes, we’d have to go through that boring qualifying malarkey – the first time in a dozen years – but that wouldn’t be a problem, would it?

The draw for qualification put us in a group with Wales and Poland. We always beat the Welsh when it mattered and the Poles were just another of those technically proficient East European teams that look good for a while, but fold like a pack of cards when facing a decent team. We’re England. We’re more than a decent team. This is going to be a walk in the park.

Beating Wales first up away was right down the middle of the fairway. Only a 0-1 win, but it’s the points that matter. End 1972 on top of the group, beat Wales at home in January, then get at least a point in Poland, coast home at Wembley in the return. Book the tickets for Germany and let’s get our pot back. Cue ice cold bucket of water over head!

January 1973, not so great. Clumsy performance against a Wales side who almost stole the show at Wembley. A 1-1 draw. OK, not great, but that win in Wales still puts us in a good spot. A couple of months later and Wales duff up Poland 2-0 in Cardiff. The Poles don’t seem too much trouble. When we go there in June, we’ll probably win and everything will be back on track.

A summer night in Chorzów. Hang on, what’s happening here. An own goal by Bobby Moore, and then a mistake in the second-half as the Polish skipper feels his collar on the halfway line, robs him of the ball when that old drag-back goes awry, then canters clear to score. Playing in weird yellow and blue colours for some strange reason, and then we have a man sent off as well. This isn’t how it was meant to be.

Now people are saying that Poland aren’t that bad after all. They won the Olympics tournament in 1972, but that’s only the Olympic Games. Nobody any good competes in that. It’s just the East Europeans and a few amateur teams isn’t it? What? West Germany, Soviet Union, Hungary, Mexico, Denmark, East Germany, Colombia – and Brazil! Poland beat that lot? They scored 21 goals in just seven games. They’d also be runners-up in the following tournament as well. Don’t panic. Not yet anyway.

In September, Poland underscored that lot by beating Wales 3-0 at home. The Welsh were out of it now. We could still qualify if we beat Poland at home. So, let’s not panic. Look, we just smashed seven past Austria to whet our whistles and get ready for Poland. Cloughie says their goalkeeper is a clown anyway. We’ll be fine. Forget what these naysayers are trying to frighten us with. No goals at the break. Don’t worry says Cloughie. We just need one goal. This lot can’t score against us. This isn’t the Olympic Games. This is big boys football you know.

A chance for a Norman ‘Bites yer legs’ Hunter to deliver a tackle here. He’s missed it! The guy’s running through. Close him down! He squares the ball across the box. Shilton’s ready though. The shot comes in, but it’s a bit of a scuffer. Down goes Shilton. It’s squirmed past him. They’ve scored. It’s all going wrong again. Kitchen sink time. Throw the lot at them. Sniffer Clarke scores from twelve yards. Still more than 25 minutes left. Just one more needed. Saves, misses, scrambles and blocks. The ball won’t go in.

Poland qualify for the World Cup Finals. They finish third and, but for a rain-soaked semi-final against the hosts, could have won the whole darn thing. They even have the tournament’s top scorer. That little bald guy with loads of pace, Grzegorz Lato. England miss out. Bloody hell, that water’s cold.

Hey, look. We were unlucky. We lost out to the team that finished third and was festooned with Olympic medals. Alf’s gone, but we’ve got Revie in charge now. Thanks Alf, but your time has come and gone. The Don’s the man now. Look at what he achieved at Leeds. The next tournament’s in Argentina. We’re not afraid of them. ‘Animals’ Alf called ‘em in 1966. Get this qualification right now and let’s get on the ‘plane and sort all this out.

Fifa owes us a better qualifying group this time. No dark horses like Poland, please. Now, who have we got? Luxembourg? Happy with that. Finland? Lovely. Top it off with another nice one now. Italy! Are you having some kind of giraffe? A bit of realism is settling in now. We’re not the best side, in the world any more. But we’re England we should be there. You can’t have a World Cup without England. Well, OK then, you’ve just had one. You can’t have two successive World Cups without England, though. Let’s be sensible about this. We don’t want Italy. Can’t we do a swop with someone.

Halfway through, Revie does a bunk. Says he’s off to scout the Italians while England tour South America but takes a detour to the UAE and leaves England in the lurch. Deserted to the desert. Call in good old Ron Greenwood. Italy and England will both beat Finland and Luxembourg home and away of course, but the big games will be against each other. November 1976, Revie’s there for now and he pulls a rabbit out of the hat. Stan Bowles starts for his only competitive international game against non-British opposition. It’s either bold or daft by Revie.

Goals in the first-half by Antognoni and Bettega after the break meant a 2-0 defeat, and Revie’s gamble fell into Column B. At the time, no-one knew it was Revie’s death knell in his job, but inside twelve months later, he was gone. England had two qualifiers left, away to Luxembourg and home to Italy. The Azzurri had three to play. They were home to Finland, away to England, and completed their roster at home to Luxembourg in a game, when they could make up any loss of goal difference against the minnows.

England were up against it and a 0-2 win in the Grand Duchy did little to raise hopes. Italy netted a round half-dozen against the Fins, meaning England needed a big goal swing at Wembley to set the Italians any kind of meaningful target in their last game. By this time though, no-one was expecting it to happen. The glory days of ’66 and brave efforts in ’70 had melted into the past, and this was England now. A 2-0 win was hardly enough and Italy eased home by beating Luxembourg 3-0.

For the second successive time England would miss out on football’s four-yearly jamboree. Now though it didn’t feel like some ridiculous scenario that the football world would go on and not lament England’s absence. It had become the norm. If they England ever truly been a member of the elite, they had now tumbled into the group of lesser nations. Those that stress over qualification and miss out sometimes. Even qualification moving forwards wouldn’t lead to anything particularly tangible. Into the last eight and home. Twelves yard eliminations. Repeated false hopes and new starts that led to same old, same old. No need for that bucket of ice cold water this time. England fans had woken up and smelt the coffee.

(This All Blue Daze article was originally produced for the ‘rowzonline.org website).