“He sat there silent, watching their love expire.” A lament for Arsène Wenger through the prism of Marcel Proust’s ‘À la Recherche du Temps Perdu.’ 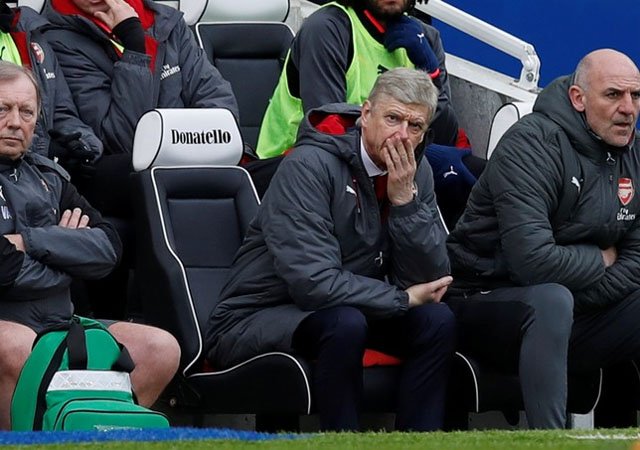 The title of Proust’s epic seven-volume masterpiece has been variously translated as either “In Search of Lost Times” or “Remembrance of Things Past.” Either seems to broadly fit the theme of the stories it contains, such being a retrospective consideration on the loss of time and lack of meaning to the world as the years pass by with increasing regularity. Perhaps however there are further insights to be taken from the work, and if I can borrow a few of quotations from the various elements of the book, they may help to throw a light on the particularly troubled waters being negotiated by the Arsenal manager currently, and why his endeavours may be fated to fail.

Wenger’s tenure as manager of Arsenal since 1996, could hardly be described as unsuccessful. For all that though, there’s a groundswell of discontent among Gunners fans who now see him as a man whose time has passed, whose glories lie in the past and whose attempts to rekindle the times when his teams were among the very best in the country are increasingly lost in a doomed pursuit of the unattainable. The perception is that, amongst the players, ennui has replaced vigour, listlessness has replaced ambition, and optimism is now swamped by an all-pervasive apathy. It wasn’t always this way though. Not by a long chalk.

In the 1997-98 season, Arsène Wenger and his Arsenal team busted asunder Manchester United’s comfortable monopoly of the domestic game, winning a Premier League title and FA Cup double. Apart of the 1994-95 season, when the brief glory of Blackburn Rovers lifted the trophy and pushed Sir Alex Ferguson’s men into second place by a single point, the Old Trafford club had been the uncontested masters of the newly christened Premier League. Wenger’s arrival on 22 September 1996 though would disrupt all of that apparent serenity. Finishing in third place, albeit with a seven-point gap to Ferguson’s champions in his first season, the following year, Wenger took the Gunners to the ultimate prize in English club football. There was a new gunslinger – or perhaps ‘Gunnerslinger’ – in town, and things were going to change around this particular Dodge City.

For the next seven years, Arsenal would not finish outside of the top two clubs in the league, culminating in the 2003-04 season when he guided his team to a feat unprecedented in the modern game where Arsenal went a complete season undefeated, following it up by also lifting the FA Cup, and reaching the Champions League Final, albeit losing to Barcelona, the season after that. All seemed set fair for the club to go on to greater glories. My first dip into Proust encourages such optimism, advising that “If a little dreaming is dangerous, the cure for it is not to dream less, but to dream more, to dream all the time.” If for many Gunners fans however, it seemed the future could not be much brighter, that sunny day transformed into a relatively slate grey and cold outlook that persisted for nine long and largely barren years.

By this time, fired by the billions of Roman Abramovich, Chelsea had muscled their way into the elite duopoly of Manchester United and Arsenal. The battle between two clubs now had a new and thrusting west London dimension and it would be Arsenal and Wenger who would be the major losers as the three cubs pushed and pulled to gain the upper hand.

Between the FA Cup triumphs of 2005 and when Arsenal lifted the trophy again in 2014, the club had failed to secure any silverware, although Wenger would claim, scurrilously some would suggest, that their regular ‘top four’ finish to gain entry to the Champions League was worthy of a trophy, and here’s when we dip again into Proust’s observations. “So long as you distract your mind from its dreams, it will not know them for what they are; you will always be being taken in by the appearance of things, because you will not have grasped their true nature.”

The decline of Arsenal’s fortunes that was so clearly evident to many others seemed, at least on the surface, to have eluded the gaze of Wenger, much as so many of his players’ misdemeanours out there on the pitch apparently did. Three Premier League crowns and four FA Cup triumphs across a seven-year period was in stark contrast to the following nine years when the key to the Arsenal trophy cabinet would not be required other than to clean and polish memories of glories past.

Just as talk of the end of the Frenchman’s time possibly approaching in north London gathered momentum however, a mini-revival took place with three FA Cups across a four-year period meant at least meant a bit of a reshuffling of the space in that trophy cabinet. The league however, surely the true measure of a team’s standing within the game, was a different story and a runners-up spot in the 2015-16 season, even though trailing champions Leicester City by a double-digit margin, was the only time in more than a decade when they had finished in the top two. Of course, it has to be said that the during this period, the move to the new Emirates stadium, and the crippling costs thereof had to be borne by a club not blessed with the generous largesse of a wealthy benefactor, and Wenger’s astute financial considerations were a massive factor in the success of the venture. That notwithstanding however, the fall in stature. Reflected by an absence of trophies, was fairly clear to most who were prepared to recognise it

The appearance of ‘Wenger Out’ banners at games began to give a visual expression to feelings that had perhaps only previously been ‘back of the hand’ whispers until then. Vision however gives life and breathes vigour into such ideas, and spreads the word with neutral abandon. Wenger was still wedded to his principles however and further contract agreements only underscored his resolution.

Proust advises that, “Love is a striking example of how little reality means to us,” and to many Gunners fans – with numbers apparently growing as with any bandwagon once in motion – that love was also blind to the situation, and the reality of the club’s deteriorating presence on the pitch.

The relationship between club and fans is surely its lifeblood and was something also that many fans – especially those advocating the moving on of the manager – and the reluctance of the club to accede to such pressure can only be harmful to that relationship. Proust counsels that, “The bonds between ourselves and another person exists only in our minds. Memory as it grows fainter loosens them, and notwithstanding the illusion by which we want to be duped and which, out of love, friendship, politeness, deference, duty, we dupe other people, we exist alone.” At games, increasingly, especially of late, as results and performances tumbled away, Arsène Wenger began to look like the loneliest man in a crowd. Proust could almost have had the situation in mind when he describes the demeanour of a character. “He sat there silent, watching their love expire.”

Of late, as performances of his team, despite expensive purchases become the butt of disparaging remarks from pundits commenting on games played out in front of crowds whose visual appearance gives the lie to announced attendance figures seem to be locked in some kind of terminal decay. Wenger still seems wedded to the aspiration that his management technique, his way of playing and organising a team can bring back the glory days. “We believe that we can change the things around us in accordance with our desires—we believe it because otherwise we can see no favourable outcome,” Proust asserts. Wenger seems to be an adherent to such an assertion. Finding comforting solace in things that are familiar, the tried and tested that delivered for him in the past, for a manager who wrought such change to the English game when he arrived in the country, seems particularly obtuse. “People claim that we recapture for a moment the self that we were long ago when we enter some house or garden in which we used to live in our youth. But these are most hazardous pilgrimages, which end as often in disappointment as in success.” To date, the result of such endeavours seems to be playing out along the lines that Proust suggested. To many, even non-Arsenal supporters it seems so sad.

There are many clubs that would have tired of the situation before now and moved on their manager, seeking a new man with new ideas to plot the way forwards. As Wenger has delivered steady financial returns however, despite perhaps an erosion of standards on the pitch and a reflection of that in lost glories, standing by their man probably feels the right thing to do. Eventually however, should there be no upturn, and there seems little prospect of it at the time of writing, the weight of fan pressure, should it continue to grow, may become a burden too heavy to bear with such fortitude of loyalty. Can Proust offer advice also to Gunners fans? Perhaps this will be apposite. “Only, we must allow time. But our demands as far as time is concerned are no less exorbitant than those which the heart requires in order to change. For one thing, time is the very thing that we are least willing to allow, for our suffering is acute and we are anxious to see it brought to an end.”

In prize fighting, there are so many stories of boxers who didn’t know when to quit, when it was time to step out of the ring, rather than back into it for one more hurrah, one more time to be called champion. It would be sad if the legacy of Arsène Wenger falls into such a sad demise.

As mentioned above, ‘À la Recherche du Temps Perdu’ has been given two translations, each of which could have a delicate poignancy when considering the fate of the Arsenal manager. A remembrance of things past should be a joyous thing for Gunners fans when recalling the times of their celebrated French manager. Something to rejoice in when recalling the glories that he delivered. If, however, the denouement of his time with the club is one of sadness and a gradual drifting into mediocrity tinged with ever more hurtful recriminations, it may just reflect the folly being in search of lost times. One final quotation from Proust seems applicable. “For there is in this world in which everything wears out, everything perishes, one thing that crumbles into dust, that destroys itself still more completely, leaving behind still fewer traces of itself than Beauty: namely Grief.”

(This All blue Daze article was originally produced for the ‘These Football Times’ website).