Will three be a magic number for Blatter at Qatar 2022? 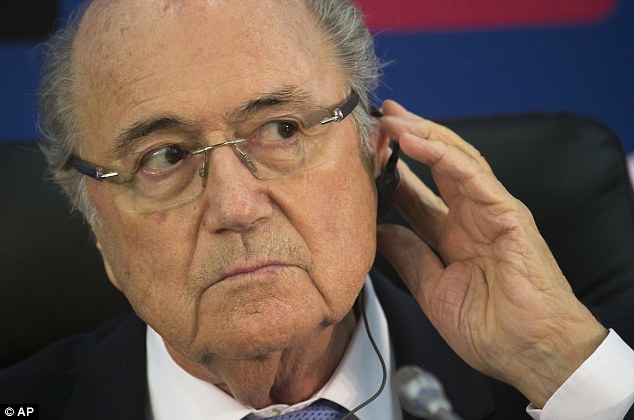 As if the 2022 Qatar World Cup was not already enveloped in enough controversy, reports suggest that a new innovation is planned for the tournament’s games, that may just ramp up the public concern by a further notch or two – or perhaps more appropriately, a notch or three.  The final is already set to be played out a week before Christmas, in a move that changes the traditional summer tournament into one played in November and December, but if my sources are correct, that could turn out to be pretty small beer.

A contact of mine in the Welsh Football Association has picked up a leak thought to have come directly from the offices of Avril Pitre, a high-ranking advisor to Sepp Blatter. The rumour is that instead of having two 45 minute halves, each game will consist of three 30 minute thirds. The apparent logic is that, despite the tournament taking place in the Qatari winter, temperatures will still be very high, and the move will add a Health & safety measure to ensure players and officials do not become seriously dehydrated during games.

Mme Pitre was formally employed by Uefa, and was thought to have been one of the prime movers in the innovation of the fourth and fifth officials that patrol the goal-lines in European games, and have proven to be such a valuable assistance to referees. It’s understood that Blatter was so impressed with the move that he immediately offered Pitre a position at Fifa headquarters, heading up the innovations there. Although Uefa were keen to keep the forward-thinking Mme Pitre within their organisation, the lure of working in the global game, alongside the universally admired Blatter was apparently too strong.

There has long been talk of how the world governing body could improve the situation of players in Qatar, and address the danger of players being adversely affected by the heat and humidity. Blatter is thought to believe that changing the game into three segments instead of two is an entirely sensible solution to the issue.

There is no love lost between Blatter and Platini, and the former’s ‘hijacking’ of the highly regarded Mme Pitre from Platini’s entourage has hardly improved matters. It was thought that Blatter was keen to experiment with the new format in the summer’s European U21 championships, but the idea was vetoed by the French head of the European game. It’s now thought that the an announcement will be made in the summer regarding the new format, and that it will be trialled during the U10 world Championships to be held in the Estonian coastal town of Avinalath beginning a year today.

Although the espoused driving force for the innovation is the safety of players, many commentators are bound to question whether the additional ‘break’ in the game and the accruing potential advertising revenue to be gained during it, were not more in the forefront of the minds of Blatter and Pitre. Such scurrilous thoughts are surely to be dismissed though.

It’s understood that there remains a slight conundrum however, as to how the final third of the game will be played out. The teams will still change ends at the first break, but there will then be a quandary as to who will be kicking which way in the final segment. Whilst my information is that this issue is still to be decided, Blatter is not considered to think it is a major stumbling block, with proposals that the team winning should choose, and if the scores are level, a further coin toss would ensue.

Remember you heard it here first!