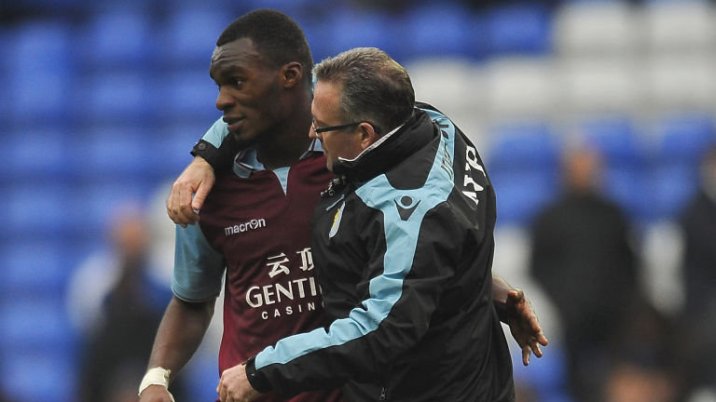 A couple of years ago, Christian Benteke had burst onto the Premier League scene. Here was a player relatively unknown on these shores captured by Aston Villa for the princely sum of some £7million or so from Genk in Belgium. Muscular, blessed with pace and an apparent eye for a goal he seemed an identi-kit profile of a striker specifically designed to succeed in the English game.

In the 2013-13 season, the Belgian netted a striking 23 goals for the Birmingham club and in the July of 2013, he handed in a transfer request. Perhaps influenced by the siren whispers of agents, his head seemed to have been turned in search of richer pastures.  It was a move the club were quick to rebuff and despite rumours of big money bids ranging up to the £30million mark at the time, manager Paul Lambert apparently convinced the player to stay in Birmingham and sign a new deal with the club. At the time many people, the writer included, thought it was a shrewd move by the truculent Scot. A mere eighteen months later, with injuries and long rehabilitation periods taking their toll, it’s interesting to speculate how many Villa fans think the club should have taken the money on offer.

The issue has a particular relevance at the moment with the January transfer window honing onto the horizon and two key players at the club due to be out of contract by next summer. What should Villa do? Take money and run – from the wrath of the fans that is – or stick it out until the summer, in the hope of convincing Ron Vlaar and  Fabian Delph that it’s in their best interests to stay at Villa Park?

Although in similar situations, Vlaar and Delph are almost at polar opposites of their career paths, especially with regard to international football. At 29, and with 31 Dutch international appearances in the bank, Vlaar is very much the finished article, if not particularly the embodiment of the romantic stereotype of a Netherlands international. A solid, no-nonsense defender, both organised and an organiser, Vlaar is the skipper of the Birmingham club both in title and example. The ‘daddy’ of a young back line, he offers solidity and reassurance for a Villa squad that often looks young and naïve if either he or Swiss international Philippe Senderos, also 29, is absent. 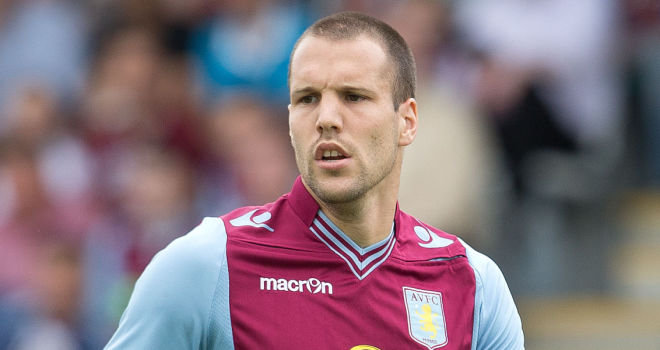 Ron Vlaar has been linked with a move to Manchester United and a link up with former national boss Louis van Gaal.

In contrast, Fabian Delph at 24 years of age is a new recruit to international football. Safe to say however, that even though he has a mere three full international caps to his name, he has quickly become the dynamic player in the England midfield ‘engine room’ that the Three Lions cannot do without. Unlike the admittedly estimable Jordan Henderson who is equally valuable to his country, Delph is perhaps the more natural successor to the now retired Steven Gerrard, Bryan Robson, et al. A big call? Perhaps, but I for one, would be surprised if Delph does not become a cornerstone of the England team moving forward.

A poll suggests that securing Delph’s services is top of Villa fans’ wish lists, but the midfielder could be pointing his way out of the club.

With both Vlaar to marshal the back line and Delph to galvanise the midfield, the future for Aston Villa should be bright, but with the ownership issue of the club hanging over Lambert like some sword of Damocles, the club appears to be in a state of stasis. Time is ticking away however as American owner Randy Lerner, seemingly keen to escape the financial commitments of owning the club seeks a buyer who could bring back the club’s glory days – or at least give him back a sizeable chunk of the money he invested at Villa Park.

In the interim, the club faces a choice to take some money for both Vlaar and Delph in January, or gamble on retaining them with new deals in the summer – otherwise, they could walk away with no recompense to the club. Stick or twist?

Long-suffering Villa fans are acutely aware of the looming dilemma. Vlaar has been linked with a move to Manchester United ever since the former Dutch national manager, Louis van Gaal, was ushered into the hot seat at Old Trafford to replace the hapless Davis Moyes. A solid foundation of the Netherlands World Cup expedition under van Gaal, it’s not difficult to understand that Vlaar is precisely the character and player that United need to stabilise a defence that looks increasingly vulnerable. Delph is also likely to be in demand, and rumours linking him with a move by Liverpool are already breaking the surface.  If it becomes clear that the midfielder is going to be on offer on a ‘Bosman’ move, expect a feeding frenzy of top clubs to ensue.

A local Birmingham newspaper has reported that signing Delph to a new deal is at the top of Villa fans’ wish list. It may be a forlorn hope however as a number of reports suggest the player has already decided that a move is in his best interests.

For Lambert the question is simple, even if the answer may be much more complex. Can he, or should he, expend efforts to convince players who seemingly want to move on, that they should stay at Villa Park? Indeed, would such efforts serve the best interests of the club? The way in which Christian Benteke delivers in the next few weeks may illustrate the wisdom or folly of such a move. For Villa fans however, losing two key players may just seem like cashing in your chips and folding your hand.

(This All Blue Daze article was originally produced for ‘theaspirer’ website).