Fabio Borini plays a waiting game for the right move

Whilst big money transfers kept the hyper-excitable Jim White fed with drama on Sky, there was one deal that even Harry Redknapp could not get over the line. The QPR boss is renowned for his transfer dealings but, although the Hoops had agreed a fee with Liverpool, signing Fabio Borini for the proved beyond even ‘Arry’s negotiating skills. All of this seems very strange on the surface as not only had the clubs come to an agreement, but Reds’ manager Brendan Rodgers had reportedly also made it abundantly clear to the Italian that his chances of playing this season would be severely limited as he was considered fourth choice, at best, for a striker’s position, behind Sturridge, Balotelli and Lambert. Such information however, appeared to do little to persuade the Italian to join the west London club. 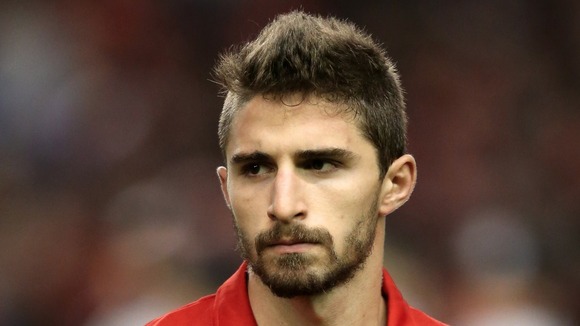 Borini was not keen to be rushed into a move to QPR.

As the transfer dealings built up to a crescendo throughout the day, it must be easy to get wrapped up in the atmosphere of it all, with talk of contracts and signing-on bonuses. Borini however appeared to keep a clear head about what he required before any move would be considered. Valued at some £10million by Liverpool, a price that QPR had agreed to pay, the player had also reportedly asked for a severance payment from the Anfield club. It seemed that the Reds were so keen to see the deal done however, this had reluctantly been conceded. Liverpool were doing all within their power to drive the deal forward. At the other end of the equation however, the dealings with QPR were more strained. Not only did Borini ask for a £95,000 per week wage, representing a significant increase on his current deal, he also demanded that his contract contain an exit clause allowing him to leave the club for less than the fee QPR would have paid to Liverpool. Unsurprisingly, even Tony Fernandez’s largesse would not stretch that far in order to land his manager’s target.

In fairness, Borini’s reluctance to move to QPR can hardly be regarded as surprising. Earlier in the summer, he had also rejected a proposed move to Sunderland. Having enjoyed a successful loan spell in the north-east, Liverpool must have thought a deal would go through, as they had again agreed a figure, this time some £14million, with Sunderland. Borini however rejected the deal, perhaps concluding that his performance for the Makems had raised his profile sufficiently to lift him up in the striker rankings at Liverpool, or alternatively attract the attentions of an acceptably high-profile club interested in recruiting him to their cause. Despite neither of these things materialising however, Borini still felt confident enough in his prospects to set the hoops to high for the Hoops to jump through on deadline day.

The striker had a successful loan spell at Sunderland.

Regrettably, a chance missed? Well, probably not, if Borini’s social media output is reflective of his sentiments. “Finally, the madness is finished,” he declared on Twitter. “I protected the man and the player that I am today. I am very happy with myself to have taken such an important decision.” James Pearce from the Liverpool Echo summed up the situation from a different perspective. “Liverpool were delighted with the (potential) deal with QPR, Borini was given permission to speak but unfortunately his wage demands saw it collapse.It’s a strange one because Rodgers made it abundantly clear to Borini it was in his best interests to move on as he would be fourth choice.”

It’s not clear whether Liverpool manager Brendan Rodgers shares the player’s elation. Having earlier worked with Borini at both Chelsea and then Swansea, the Reds’ boss made the striker his first signing after he arrived at Anfield, securing his services for some £10.5million from Serie A club Roma. The Northern Irishman may now be looking on that deal in less than sanguine terms. Should he not play between now and the next transfer window, his value will surely only decrease. Already dropping from Sunderland’s £14million to QPR’s £10million, lack of activity prior to the new year will see it fall further. By next summer, it could be heading towards bargain basement value.

Perhaps the Italian had a plan however. Recent reports suggest that a Serie A club is interested in taking Borini back to his native Italy. Thought to be emanating from Inter Milan, the story goes that the club were looking to sign Borini, but their failure to move on other players, which would have generated the necessary funds fell through and scuppered the plan. Nevertheless if they can be more successful on the sales front early in the new year, they may well be back looking for a cut price deal for Borini. Should it happen, the player may well congratulate himself on a sound bit of brinkmanship. Brendan Rodgers, on the other hand, may have an entirely different viewpoint.