“Have a word!” Why football should reach out a hand to Paul Gascoigne 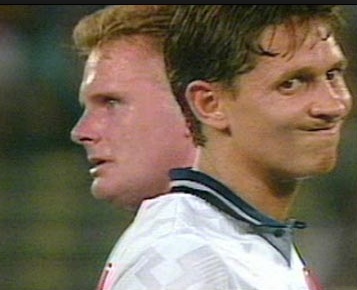 The eyes have it! Lineker asking sir Bobby Robson to “have a word” as Gascoigne receives the yellow card,

You didn’t need to be a lip-reader to understand the mouthed words. It was a typically overenthusiastic tackle, not malicious but, in fairness, it probably warranted a yellow card. Thomas Berthold certainly didn’t help matters, and why would he? Rolling around on the ground was very much de rigueur during Italia ’90 when a foul had been committed. The Brazilian referee with the English surname, Jose Roberto Wright, brandished the card and, knowing he wouldn’t play in the World Cup Final if England got there, Paul Gascoigne began to cry. Skipper Gary Lineker looked to the side-line at manager Sir Bobby Robson, or plain Bobby as he was then, and nodding at his tearful teammate asked his manager to, “have a word.”

Wind the clock forward two dozen years, and that same Paul Gascoigne is probably past tears now, having probably shed a million or so in the intervening years. His life, once so full of promise, has turned into the sort of tragic story that seems destined to end in the most tragic way. I’ve seen various opinions of Gascoigne as a player in his pomp. Some have said he was ordinary and over-rated, and of course everyone is entitled to their opinion. For me however, he had that ability to run at pace with the ball at his feet and beat a player on either side, creating problems for opponents at the heart of their defence. Enough of any debate about his talents however, that isn’t really the issue now. Were he a more ordinary type of player the story would not be any less sad. The fact that he appeared so mercurial, and with what the late Sir Bobby described as a, “daft as a brush” mentality means however that Gascoigne’s dilemma is being played out in the full glare of publicity.

Pictures over the past week or so have shown Gascoigne to look much older than his 47 years, appearing the epitome of a man whose life force has been ripped out of him by addiction to alcohol. Newspaper reports suggest that after being found drunk outside his house, he was taken away by police, and later admitted to hospital for emergency detox treatment. It’s also being reported that friends are suggesting Gascoigne desperately wants to seek help by returning the American clinic that treated him previously, but simply cannot afford the cost. 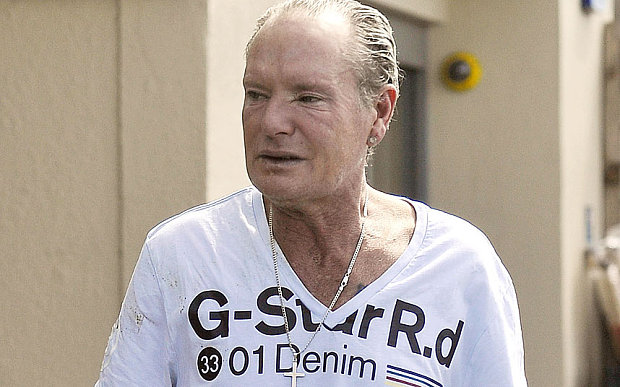 The shadow of the man.

Very few will know the intimate story of Gascoigne’s descent into his parlous state, but some will doubtless have opinions of how people with such problems should pull themselves together and simply not drink. Here is a man however who needs help.  If someone is drowning, you don’t blame them for not learning how to swim. You throw them a lifebelt. Gascoigne needs that lifebelt now.

To many it may have appeared an almost flippant remark by QPR boss Harry Redknapp to offer Gascoigne a role working with younger players at the club. The oft-criticised Redknapp even offered to drive him to and from the London club’s ground. It’s an offer that will, in all likelihood, come to nothing, but is the sort of thing that needs to happen if the former player is to have a chance of recovery. The Premier League is drowning in money, and Gascoigne is the very public illustration of many other ex-professionals who, for whatever reason, are in need of help.

Yes, I appreciate that in many cases the help may be seen as ‘wasted’ as addiction overwhelms resolve in so many cases, but surely the chance to rescue even one soul from despair must be worthwhile.  The resources within the game are vast and the price for buying that opportunity – throwing that lifebelt – so relatively low. The cost of doing nothing, however, is inevitably so high.

The PFA offer support to the Sporting Chance clinic that Tony Adams founded with Peter Kay, and I’m sure there are ways that funding could be found for treating Gascoigne and others in similar need, but that will only solve the immediate issue. After leaving any treatment, the issues that drove a person to such depths of despair may, in all probability, still be there.

If Gascoigne does get the treatment he needs, he will still need help. The game has every reason to support people such as Gascoigne. Find him a role. Give his life a new purpose. If football can reach out a hand and pull one of its number from the bottom of a well where it’s difficult to know which way is up, it may start to shed some of the money-obsessed image that it has. Gascoigne’s tears are all cried out, but now, much more than 24 years ago, he needs someone to “have a word.”