La Liga Preview: Barca or Los Blancos – who will reign in Spain? – Part 2 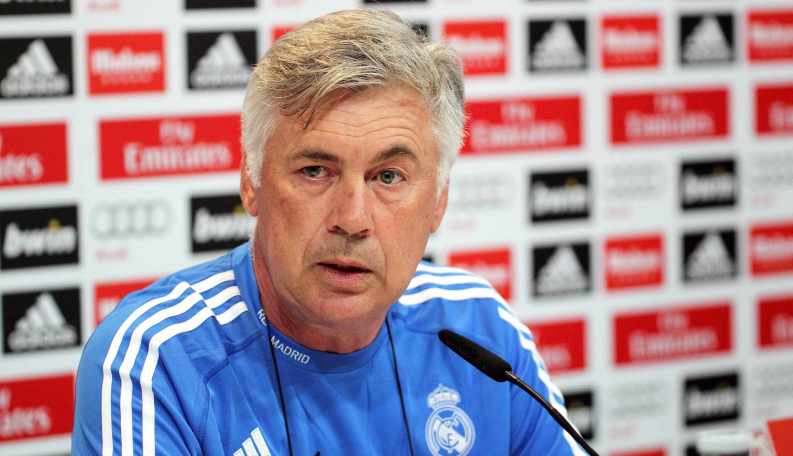 La Liga offers an intriguing prospect for the coming season as both Barcelona and Real Madrid seek to re-establish themselves at the head of the pecking order in Spain. It’s tempting, but would probably be too easy, to write off the chances of Diego Simeone piloting Atletico Madrid to a second successive title. Safe to say however that Atleti’s chances will surely have been damaged by the loss of so many players to supposedly ‘bigger’ clubs.

Los Blancos and Barca, on the other hand, have very much gone the other way, with both having strengthened their squads significantly. Last week I assessed the chances of Luis Enrique bringing the title back to Catalunya in his first season in charge at the Camp Nou. This week, I’ll be taking a look at Carlo Ancelotti‘s squad and the prospects of him making Real Madrid champions of Spain once more.

The Italian has already secured his place in the Los Blancos folklore by steering the club to the fabled ‘Decima’ – the tenth success in Europe’s premier club competition.  Defeating Atleti in the final, bought not only a period of grace for the Italian at the club, but also allowed Real Madrid to build extravagantly on the squad crowned as Kings of Europe. It was an opportunity that was never likely to be passed up on.

German midfielder Toni Kroos had an exceptional World Cup tournament, and the 24-year-old later admitted that he received approaches from “all of the biggest clubs in the world”. Once he had openly declared that he “wanted a change” therefore, it seemed merely a matter of which club he would select. A surprisingly reasonable £20million fee was sufficient to persuade Bayern Munich to agree to a move, and Kroos chose the Bernabeu as his preferred destination.

With a surfeit of riches available, it will be interesting to see how Ancelotti deploys the German in a midfield already packed with talents such as Modric, Alonso, Illaramendi, Di Maria, Isco and Khedira. It may be however that a bit of book-balancing will be in order before the transfer window closes with perhaps Alonso moving on, together with Khedira. Isco may also be lined up for a period away from the Bernabeu but this may only be on a loan basis. The same may apply to Illarramendi who has failed to fully ignite his career since his £34million move from Real Sociedad last summer. The midfield squeeze will also be intensified by the arrival of another star from the Brazil World Cup. Colombian James Rodriguez will certainly add even more competition in the centre of the park.

Manager Ancelotti has claimed that securing Rodriguez’s services from Monaco was very much with an eye to the future. The size of the £60million fee, however, may suggest the club’s money men will expect a more immediate return on their substantial investment. If fans’ opinions are anything to go by, the move has been declared a success already. According to the Spanish newspaper ‘Sport’ an astonishing £20million worth of ‘Rodriguez’ replica shirts were sold in the first 48 hours following the official confirmation of the signing. It’s the sort of news to make finance directors purr, but it’s on the field, where the Colombian will be combining with Kroos, Gareth Bale and Cristiano Ronaldo, that his worth to the club will be demonstrated.

With the prospect of a strike force comprising such an array of stars, goals aplenty seem in prospect, but Madrid’s recruitment for the sharp end of the squad may not end there. When Radamel Falcao left Atletico Madrid, it was thought that the Bernabeu was a likely destination for the prolific Colombian. Perhaps seduced by the lure of easy pickings and tax-free salary at Monaco, however, the striker opted for Ligue 1, rather than La Liga. That may however be about to change.

After taking Rodriguez from Monaco, there are plenty of rumours that a 12-month loan deal, with a view to a permanent transfer should fitness not prove to be an issue, is being lined up for the striker. The loan would probably cost Madrid in the region of £10million, but a chunk of that could be counted against the fee for any permanent deal should all go well. Monaco’s manager, Leonardo Jardim did nothing to dampen down the speculation about a move for Falcao, when he was quoted in L’Equipe as saying that: “For now, he is a Monaco player and I am counting on him.” If the move goes ahead, and Falcao is truly over his cruciate injury, the strike force at the Bernabeu must surely look one of the most potent in world club football. Ancelotti, however, wouldn’t be Italian if he also did not have an eye to ensuring that the back door was also secure.

Diego Lopez displaced Iker Casillas under Jose Mourinho’s tenure at the club, and Ancelotti has continued with that selection policy. A new goalkeeper however is on the horizon. Keylor Navas was a star turn for Costa Rica in Brazil and is the third of a trio of World Cup stars to join Los Blancos. With Casillas seemingly out of the picture on any long-term basis and Diego Lopez increasingly being reported as a stop-gap that has run its course, the place between the sticks could be open for Navas.

Of course new signings are all well and good, but they offer no guarantee of them forming into an effective team. With the abundance of talent available to Ancelotti among his existing squad, as well as the new recruits, it’s difficult to accept that the vastly experienced Italian could fail to conjure up a highly successful team unit.

I mentioned last week that, despite squad additions, Luis Enrique may find it difficult to return the La Liga title to the Camp Nou in his first season in charge there. For Ancelotti however, with the kudos of the ‘Decima’ behind him, no such qualms should exist. I fully expect him to justify this assessment and ensure that, next season, Real Madrid reign in Spain.

(This All Blue Daze article was originally produced for the ‘offsiderulepodcast.com’ website).