If Fabio Capello thought he had it tough in England… 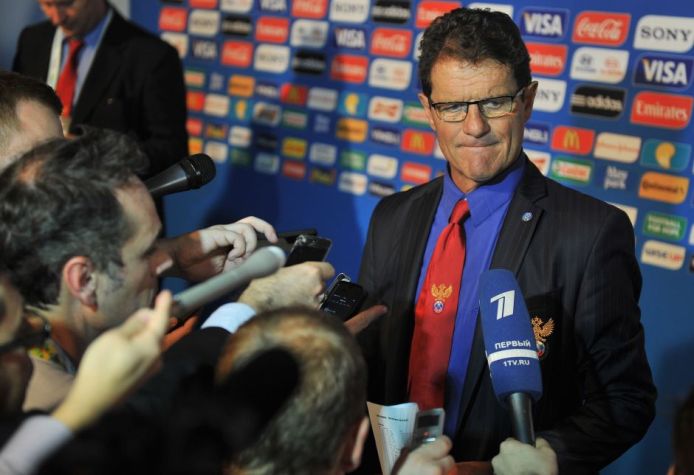 Fabio Capello may have thought that he’d escaped the worst kind of vitriol and criticism when he resigned the England post and left the British press behind him. In the wake of Russia’s dismal performance in the World Cup however, where they failed to win a single match, reaction back in Moscow has been far more energetic than that which greeted the return of Roy Hodgson and his team.

Whilst in the dog days at the end of Capello’s time at the head of the Three Lions, there was a press consensus to tear into both the man and his methods, the Italian was pretty safe from government attacks. I’m not sure whether the issue was ever a hot topic at Prime Minister’s Questions, but I think not, and I’m on pretty safe ground declaring that Jeremy Paxman wouldn’t have given it too much air time on ‘Question Time.’ The Kremlin however, or certain members of it at least, take a slightly more ‘hands on’ approach.

Far-right MP, Vladimir Zhirinovsky, has already branded the 68-year-old a “thief” and demanded that he appears before the Duma’s committee on sport, adding the rejoinder that if he refuses, he should be sacked. The outspoken politician said the committee should ask him to resign. “We need to look into his work and ask him to resign,” he said, according to the Russian media. “But he’s greedy, so of course he won’t. It’s pretty good to get [millions] for doing nothing. The team lost and it doesn’t affect his pay in any way. Thief!”

Kicking a failed sports manager is clearly good populist politics in Russia, and Zhirinovsky, although often the loudest, was not the only one on this particular ‘band-troika.’Fellow MP Oleg Pakholkov also questioned the credentials of the national coach.  “I think Capello knew very well he would achieve nothing with our team,” he declared. “But he simply decided it was a good way to make money. He wanted to hoover up bundles of cash for his retirement.” I’m not really sure of Mr Parholkov’s credentials with regard to coaching international football teams, but his grasp on neo-classical economic theory seemed pretty bang on there. The MP however, then ruined any potential for securing the Nobel Prize for Economics, blotting his ledger by saying that Capello should resign and hand back half of his salary. That’s not about supply and demand now, is it Oleg?

It seemed the press however wanted to see how tight Mr Pakholkov’s grasp of football tactics was. The MP had gone on to say that “if Capello does decide to put in an appearance at the Duma, he can expect some interesting lines of questioning on football tactics.” Some bright spark among the press then asked what, with the MP’s line of questioning established, he would consider the team’s biggest failing. He replied, apparently with a straight face, that the players were too small.  “Look at the size of the Koreans, even they are bigger than us! I’m not talking about Germans or Brazilians, who are obviously giants. Our guys are twice as small as them. I’m not against small players but Capello’s team can’t even run fast. What are they doing in the team?”

Whilst I’m sure he’s open to considering height as a major criterion in selecting any future squad, Capello has said that he didn’t think there was much wrong with the team’s performance in Brazil – although he didn’t refer to their height. After the game against Algeria which saw the Russians eliminated, he declared that “We didn’t make any mistakes today, we really didn’t. We played an excellent game, had the opportunities to score the goal and win. Their goalkeeper had a couple of excellent saves, so up until this moment, well, I can’t say there were any mistakes today. There just weren’t.” It’s an analysis almost Pakholkov-esquein its depth. Oh, yeah. There was the laser pen thing as well. In fairness though, Capello hasn’t done that badly, which he’s quick to underscore to the Russians. “I qualified your team to participate in the Euros and the World Cup and the figures I got were pretty respectable. And now after 12 years (of not qualifying), under my leadership this (Russia) team made it to the World Cup, OK? I did a pretty good job there I think but if you were to say that we have not done a good job here then I agree with you.” Fair enough, I guess. 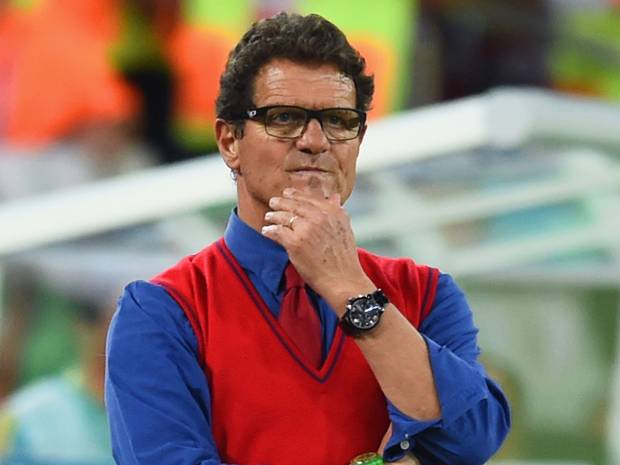 Despite the posturing of some politicians, it seems that Capello is unlikely to resign. As the highest paid coach in the world – according to Forbes – you can hardly blame him. He may not even be sacked. Sports minister Vitaly Mutko has defended the Italian’s record. “I can tell you that Fabio is not here just for the money. He sincerely wants to help Russia to develop a good side. Capello works a lot, travels and searches for talent,” he said. After signing a new contract in January taking him up to the 2018 World Cup, when Russia will be hosting the tournament, Capello may well be around for a while yet. “As long as they (Russians) still want me, I will stay,” he has said.